Efficient cookers that run on biomass instead of coal

Mangrove reforestation and promotion of women

Our commitment to reduce CO2 emissions 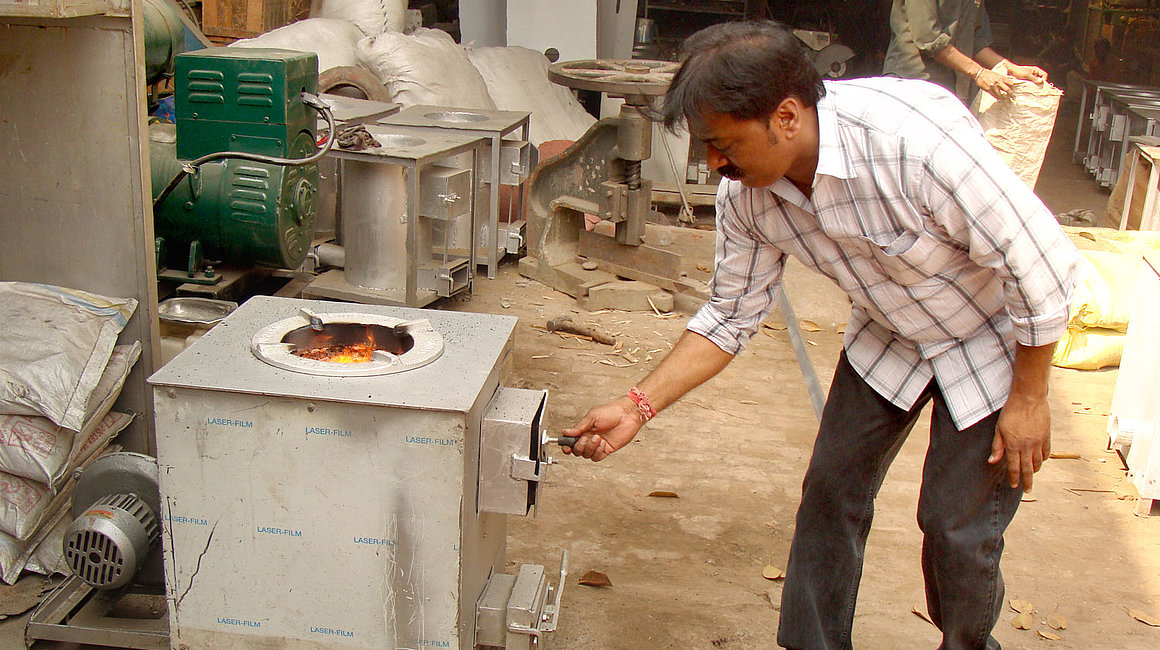 Climate protection starts in the kitchen. But it’s not enough just to consider using only local and seasonal food. Climate-friendly biomass stoves can help to prevent thousands of tonnes of CO² being released into the atmosphere every year. For this reason, as part of the Climate-Neutral Organization Alliance 2025, we are promoting the widest possible use of these stoves throughout India.

We have been a member of the Climate-Neutral Organization Alliance since 2016, together with hundreds of other companies and institutions that share a common goal: achieving climate neutrality by 2025 and promoting climate protection projects around the world.

One of the most interesting projects currently underway involves the replacement of kerosene stoves (which are highly polluting) with biomass ones, particularly in restaurants, canteens and schools. This would lead to a reduction of 41,204 tonnes of CO² every year.

This is not only advantageous when it comes to the climate but also financially beneficial, through the issuing of sales credits. This money is fed back into the project and is used to offset the cost of switching to biomass stoves. The saving amounts to about one quarter of the cost and operating costs also come down, as biomass pellets are cheaper than kerosene.

The benefits this kind of initiative brings create a positive feedback loop. They set in motion virtuous cycles that stimulate local companies to produce biomass stoves. So far, 500 to 600 permanent jobs have been created.

Just like a rolling snowball can turn into an avalanche, the new stoves stimulate a positive economic cycle in the poor and rural areas of India.
Here at Tratter, this is how we believe climate-related sustainability can be achieved. Through something that brings concrete, tangible benefits, which in turn help everyone involved.