A “miniature incubator” for cell cultures

Listen to the sound (Tratter) 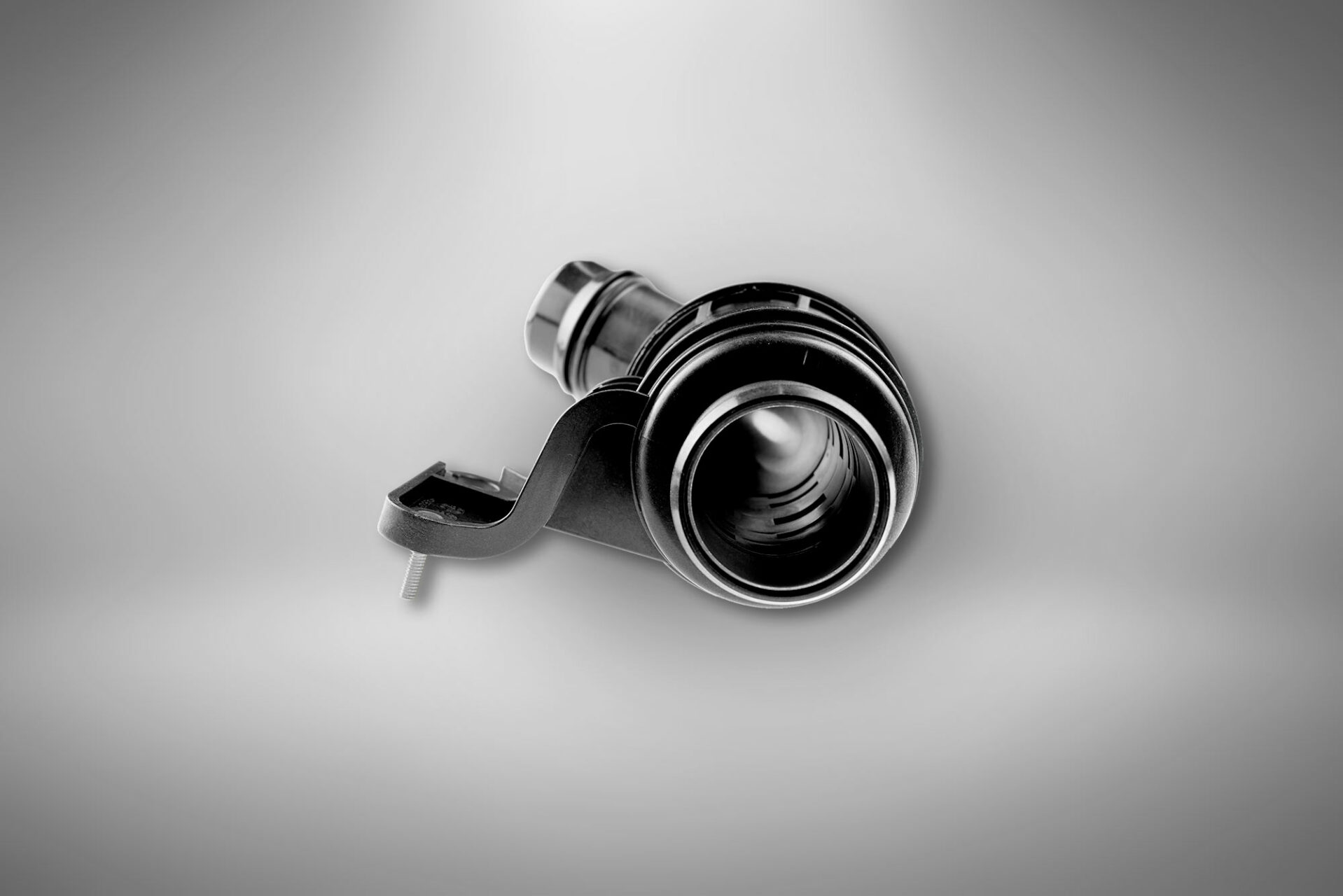 Both a Citröen and a Peugeot have their own characteristic sound, which is also the work of Tratter Engineering. In fact, we developed the resonators for the models of the French car giant PSA. And if you travel to Canada and the United States, there’s even a bit of Tratter in the sound of Volkswagen engines.

The black polyamide component that project manager Pietro Farina has in his hands looks rather unspectacular. It’s just a drum with a curved outlet pipe, no larger than 25 centimetres. Yet this is the part that guarantees a great sound for the Citröen DS7, Peugeot 308GT and 508 models. “The resonator acts like a silencer,” explains Farina, “but it operates selectively. It sits between the air filter and the turbocharger, regulates the air supply and, at the same time, minimises certain noise frequencies so as not to harm pedestrians’ ears when a car passes by!”

French automobile giant PSA – to which the brands Citröen, Peugeot and Opel belong – is not alone in turning to Tratter for help with its resonators. We also support Volkswagen, in particular for the four-cylinder engine that the Wolfsburg-based company uses in North America. The start of this project was anything but promising for Tratter. “The component was not produced the way it was presented to us at the beginning,” recalls project manager Alex Mair. It was only possible to develop a resonator tool after seven optimisation cycles.

All this even before an official order had been executed. “For us, it was a bet,” says Mair, “because we took our expertise outside without any guarantee.” However, it was our ability to propose solutions that led to the conclusion of the contract.

Pietro Farina has experienced similar situations with resonators developed for PSA. The first drawings of the project showed a protrusion on the housing, which caused Tratter errors and presented a risk of injury for the installers. “We eliminated the supernatant and covered it with a lip,” says Farina. It is striking that a notch about a millimetre deep is milled into the lip. “We had to create this recess to allow adequate space to accommodate the screw of another part.” There is no space for any trimming in the engine compartment, not even a few millimetres.

This taught us that small producers can often be ahead of the most famous designers. “Our production system has now become the standard”, explains Farina with a little pride in his voice, and modestly adds “that’s how you learn the ropes”.

A drawing is our Bible

Farina’s colleague Mair also highlights the learning process during the Volkswagen resonator project. After all, it was possible to produce the component required with Tratter’s optimisations, despite it being highly complex. “The tool must perform no less than eleven movements in total,” he explains. The expert knows: “the more movements, the higher the probability of breakages!It’s even more important to reflect on every detail to create a stable injection-moulding tool”.

If, for Volkswagen, Tratter’s job was done with the delivery of the resonator, the contract with PSA took longer. Tratter also produces their resonator. “Here, we are responsible for the whole process,” says Farina. The starting point is a CAD model and the classic 2D drawing, from which all the details of the project emerge: shapes, dimensions, standards, test requirements, materials, proposed modifications. Everything is in the drawing. “The drawing” says the project manager “is our Bible. Everything starts from the drawing”.

From stress testing to mass production

Only a few weeks had passed since the drawing was explained for the first time on Tratter’s tables: in 2015, the necessary tools were developed and subjected to numerous acoustic tests, before they went into the prototyping stage. “These are integrated into the test vehicles and subjected to endurance tests,” recalls Farina. For three weeks, the 8e engine (and the Tratter resonator with it) worked without pause under extreme conditions. Only then did PSA give the green light for mass production. Today, this is managed by Tratter through a partner company in the Verona area, which manages the production of 60,000 resonators every year.

The Tratter developers thus have the privilege of being able to hear the result of their work in countless vehicles, which we see at every corner. “Recently, I was in a body shop where an Audi A4 had its air ducts exposed. It was nice to see a piece of Tratter inside it”.